It is a school-residence. It was founded by ABY Educational Group, an educational institution devoted to teaching for over 70 years.

YIC located in the center of Youghal, a tourist town in the southwest of Ireland, thirty minutes away from Cork international airport, second city in importance in Ireland.

Youghal is located at the mouth of Blackwater River, a navigable river, suitable for fishing and it has a large beach, suitable for water sports.

It is a historic town and its first industry is the tourism sector derived from the fishing industry. Its natural harbor was the setting for the original Moby Dick film. There are no other English language academies in Youghal that offer English classes to foreign students.

The history of Youghal International College dates back to 1224 with the Franciscan Monastery of South Abbey in Youghal, which was founded by Maurice Fitzgerald buried there in 1257.

Samuel Lewis, in his Irish topographic dictionary of 1837 wrote:

In 1224, Maurice Fitzgerald founded the Franciscan Monastery in the south area of the town which was the first religious foundation of this order in Ireland. There are data which confirm that his original aim was to build a castle but eventually he changed his design and devoted it to religious use. When he died in 1257, his youngest son Thomas finished it in 1260.

The exact date when the Franciscan brethren arrived in Youghal is uncertain. Some sources say 1224 and others 1226. Anyway, none of these dates are far from the St. Francis of Assis life.

The Monastery came to an end in XVI Century and no ruin stands nowadays. However, some local sources suggest that there existed some remains but they were demolished when it became the convent of Presentation Sisters.

The convent was closed and nowadays the building is a Spanish school called Youghal International College that was refurbished and adapted for its new purpose in 1992.

The building has been declared National Monument by the Irish Government. 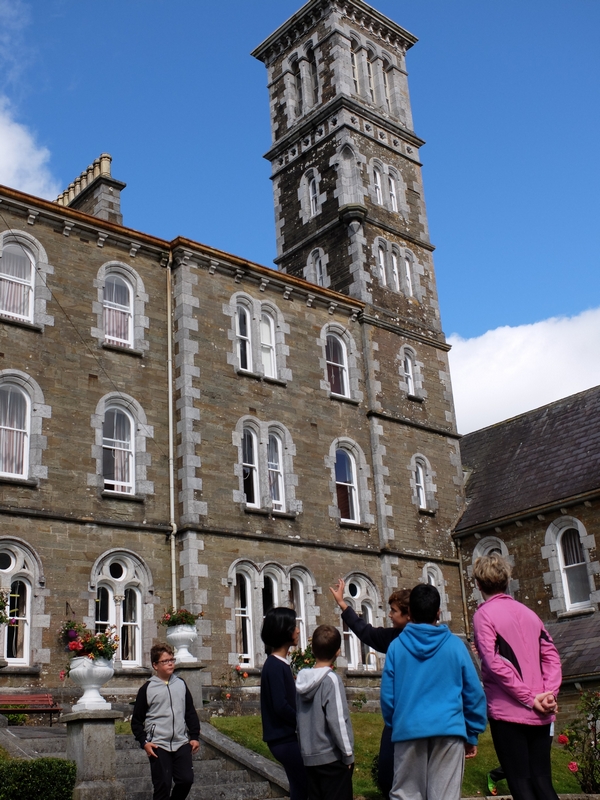